Skip to content
By Stefani IlkicJuly 26, 2020Art, DevelopmentLeave a Comment on Slow down & watch, you will surely learn something!

“Why did you crinkle that up? You worked so hard on it.” I was shocked when the child picked up his drawing, which he had just worked on for quite some time, and crushed it into a ball. 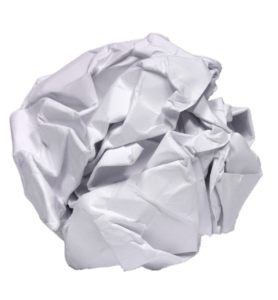 “It’s a present for my dad. Can you put it in my cubbie?” he responded.

But I needed more clarification, so I asked again while I placed the ball in his cubbie. “But… why did you crush it up if it was a gift?”

“So my dad can be surprised when he opens it.”

It is definitely a surprising gift! And clever, too. He didn’t have the tools/knowledge to wrap it and he obviously wanted to do it without help, otherwise he could have just asked an educator. Instead, he used his problem-solving skills and came up with his own unique solution. (And an eco-friendly solution, to top it off; no extra wrapping paper to throw out after the gift is opened!)

I could have easily looked at the crumpled paper from my adult point of view and thought it was trash. I could have reminded him to put it in the recycling bin! I’m sure we’d all be feeling quite hurt if someone told us to toss out our hard work.

Even though I continuously practice slowing down and giving the children space to act freely while I observe, I wonder how many more clever thoughts I may have missed in the past. What a great reminder to slow down and look closely at each of the child’s actions – they are often much more thought out than adults tend to give them credit for. 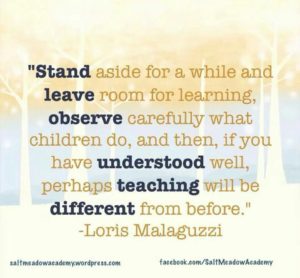